Nevertheless, there are still many supporters of the legacy heat exchanger design, as well as a number of opponents to microchannel technology. While MCHE continues to strengthen their position in condenser applications, microchannel coils are still rarely used in evaporator and heat pump designs, or chilled water systems, and the main reasons are unequal refrigerant distribution between the microchannel tubes and condensate shedding issues. These challenges have since been resolved with the development of the MCHE designs.

A further problem was the lack of large controlled atmosphere brazing (CAB) furnaces designed to handle high volume production runs per shift. Microchannel technology was firstly adopted for the car industry and there was no need for brazing the large coils in this instance. In many cases, proposals for microchannel coils are restricted to 1200mm in height which is inadequate for large-capacity  CRAC/CRAH units.

In order to compare the legacy RTPF and newly developed MCHE technologies, we had experimentally considered two precision cooling systems with identical performances and components except for evaporators.

Both considered systems are chilled water with air inlet from the top and underfloor discharge, equipped with EC fans, 2-way regulating valve on water outlet and connected to chilled water circuit. We considered the evaporators with the similar finned areas, fin/tube, and microchannel, respectively. Put simply, we replaced a standard evaporator in precision air conditioner with a microchannel heat exchanger.

The test conditions were as follows:

The table below summarizes the coil data and performance results for both RTPF and MCHE based systems:

Upgraded air conditioners equipped with MCHE-based evaporator displayed 6% better capacity while its airside and waterside pressure drops were 45% and 66% lower compared to the copper coil, respectively. The fan power consumption has also been reduced thanks to a significantly lower pressure drop.

It must be noted, that a convenient air conditioner enclosure allows installation of two thin MCHE evaporators instead of a multi-row fin/tube design, thus providing increased performance and efficiency to the cooling system. In order to maximize the benefits from the modern MCHE technology, the cooling units will be redesigned with the focus on either improving performance or increasing efficiency or reducing the size of the cooling unit and its production costs.

In the next test, we added a second evaporator to the MCHE-based air conditioner, thus forming a V-shaped heat exchanger design and doubling the heat exchanging surface of the initial system. This was possible due to a thin 48mm design of microchannel coil. EC fans have been replaced with fans with powerful drives to achieve the required airflow (in fact, there was no need to replace the fan drives since the airside pressure drop reduced). 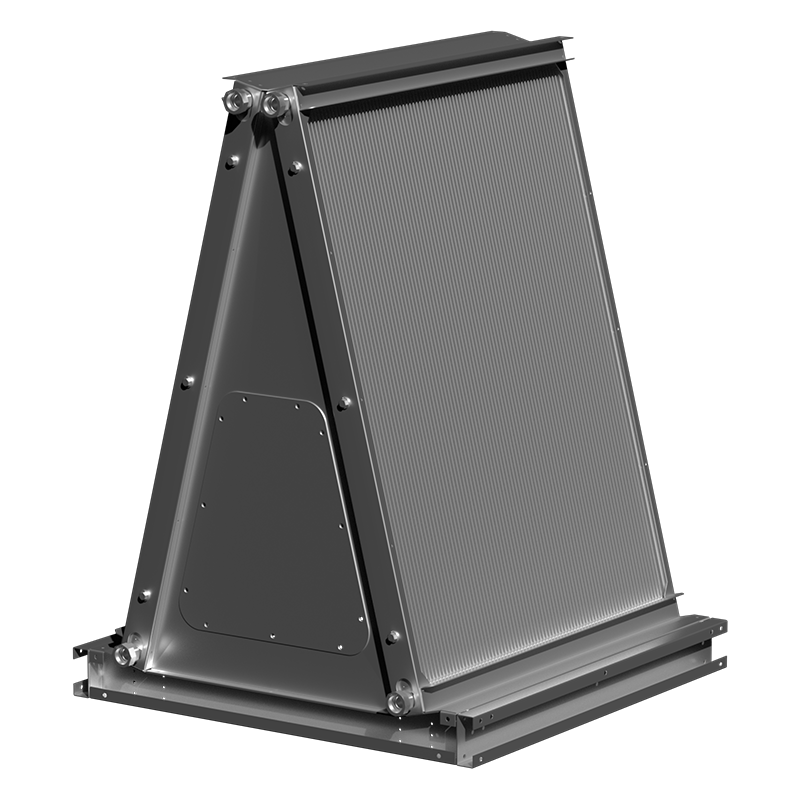 With the coil installation angle we used, the condensate will flow downwards between the microchannel tubes via a capillary gravity pull. At high latent loads, we expected the condensate blow off at air velocities higher than 2.5m/s, so the overall airflow has been restricted to avoid this issue.

The following are the results of the second test:

Accordingly, the original air conditioner has been transformed into the system with almost doubled output, while the energy efficiency has also been lifted. 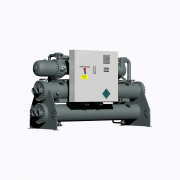 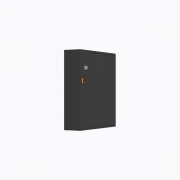 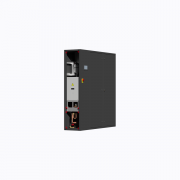 Kaltra accelerates growth with the opening of a new manufacturing facility in...