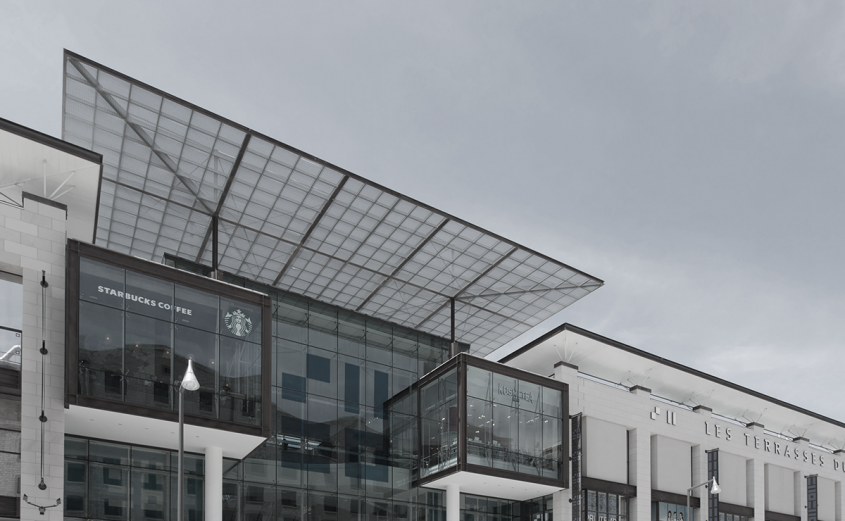 With the expansion of its premises, a large commercial centre located in Marseille needed to increase the capacity of its chilled water plant to meet the growing demand for chilled water production. Opened in 2014, Les Terrasses du Port occupies the area of more than 60,000 square meters and is a home to around 200 stores, restaurants, and food courts.

The existing system was operating with large-capacity water-cooled chillers plants that supplied chilled water to the building’s tenants. It adopted a primary-secondary pumping system and a total of six chillers with a combined capacity of 4800kW. To cover the demand, Kaltra offered 2 additional water-cooled chillers each producing 170 cubic meters per hour of chilled water. The supplied chillers feature dual water-cooled condensers and two refrigerant circuits filled with R134a gas. Together with chillers, Kaltra proposed its space-saving Mistral series dry coolers equipped with high-performance axial fans and cutting-edge heat exchangers with the small diameter, oval tubes.

With the new chillers and dry coolers provided by Kaltra, the average cooling plant efficiency improved from 5.70 to 5.95 at peak cooling load – based on the data from the energy audit which has been completed after the plant modernization. 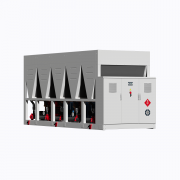 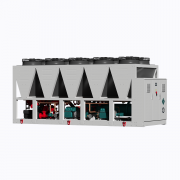 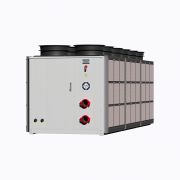 New fluid coolers to be available in Q4 2016 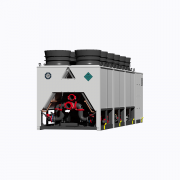 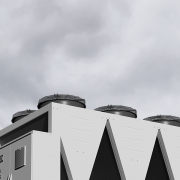 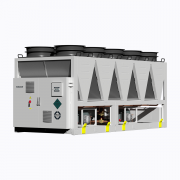 Air conditioning chiller replacement for a movie theater in Eindhoven
Scroll to top
We respect your privacy
We use cookies on our website to give you the most relevant experience by remembering your preferences and repeat visits. By clicking “Accept”, you consent to the use of cookies that are necessary for the functioning of our website and cookies that optimize the performance. However, you may visit "Settings" to provide a controlled consent.